PEAK Foundation was established in the wake of the sudden and tragic death of acclaimed teacher Peter Ewbank in February 2015. The origin and aims of Peter’s legacy foundation advance his visions for educational reforms. He was passionate about preparing underserved students – specifically those enrolled at KIPP Colorado Schools – for a better future.

In partnership with KIPP Colorado, a network of six schools serving more than 1200 students; our partnership is entering its fourth year in the Denver area, PEAK Foundation is dedicated to improving college preparedness among underprivileged student populations.

PEAK and KIPP share the same values and expectations for improved academic success.  Our partnership is entering its fourth year and remains focused on KIPP students residing in Metro Denver. KIPP staff and students attribute their increased success both inside and outside of the classroom to the impact of what is being learned through the PEAK Achievers program.

A gifted educator dedicated to improving the prospects of at-risk youth, Peter was living his passion teaching 8th grade English at KIPP Sunshine Peak Academy in Denver when his life was tragically cut short by a sudden illness days before his 26th birthday.

Peter always inspired his students to push themselves beyond their believed limits. He exemplified the character and leadership traits KIPP was founded upon and his work remains unfinished. PEAK Foundation is dedicated to continuing Peter’s unwavering belief in the potential of all individuals, and the value of supporting those from disadvantaged origins. 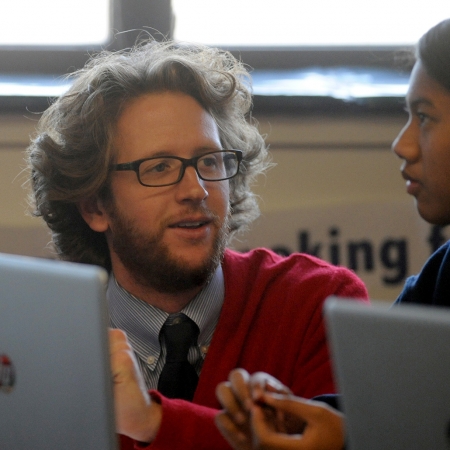